People seeking to register a name or armory with the SCA’s College of Arms are often baffled by the length of time the process takes and the inscrutable jargon used to describe the various stages.

There have been numerous attempts to provide an overview of this process, to which I have now added my own contribution below. 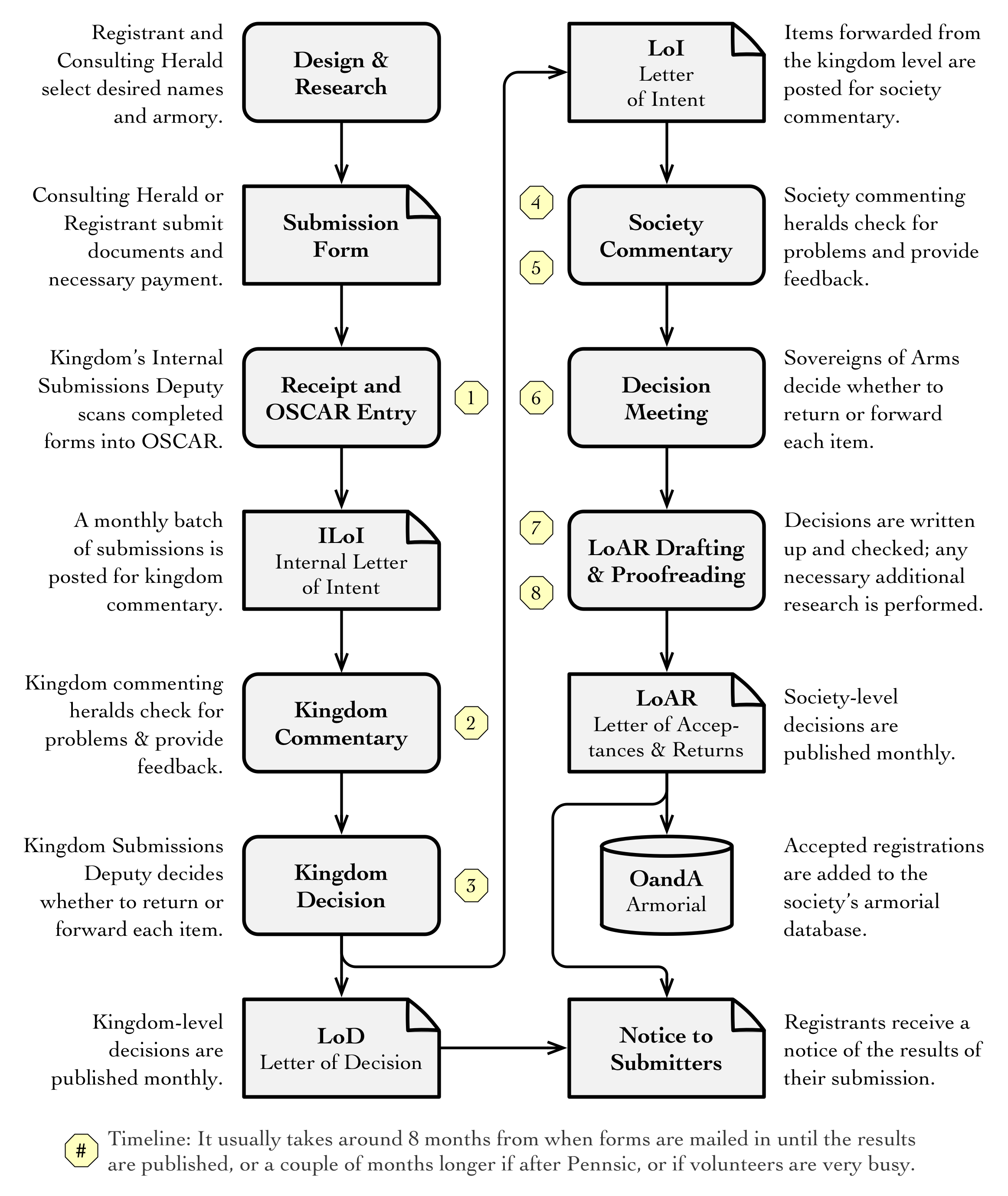 Likewise the timelines maybe slightly different in other kingdoms, as each kingdom’s commentary process is run on its own calendar. (And few kingdoms have the same backlog of submissions after Pennsic to cause slower processing in the fall months.)

This diagram is also available as a printable PDF.

While there are a wide range of colors that can be used for digital renditions of heraldic art, the set of colors that gets discussed most often in the context of SCA submissions is the one used for OSCAR’s “color checker” display.

When armory images are uploaded to OSCAR, color-checker thumbnails are generated which convert each area to one of these standard tinctures. This doesn’t mean you should use those specific colors in your graphics, but it does simplify things if the colors in your image are not transformed incorrectly.

The tinctures used by OSCAR’s color-checker thumbnails are shown in dashed circles below, with outlines delimiting the range of colors that are converted to each of those targets. 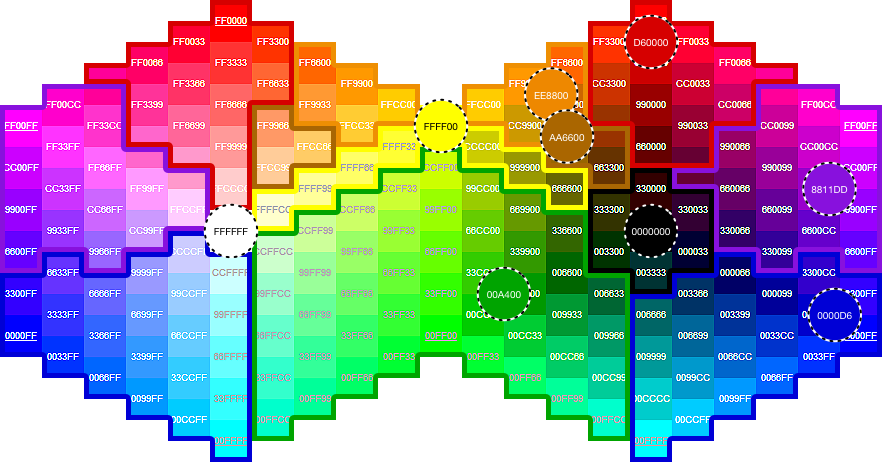 While the color-checking process usually goes smoothly, there are a few things to watch out for:

Many thanks to Elena Wyth for the experimentation which allowed these OSCAR ranges to be estimated.

[Update, January 2021:] See the updated version of this post for better images with more hexcodes than are included here.

Any set of colors can be used as heraldic tinctures if they can be interpreted easily and unambiguously.

Below are examples of color palettes I’ve used for pieces of armory. (Click for a larger image, or download a printable PDF with additional examples.) 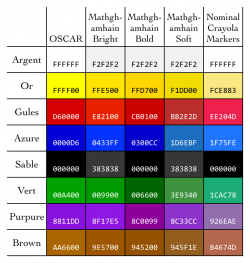 None of these is official or authoritative, so you can use any colors that appeal to you as long as they are clear and don’t cause confusion.

When preparing forms for Society armory submissions, it can also be useful to understand the gamuts of OSCAR’s color-correction process.