A year and a half ago, I drafted a chart summarizing the orders and awards issued by the East Kingdom and the Crown Province of Østgarðr.

With the passage of time, I wanted to update this document to include the newly-added youth orders, the kingdom-level Tyger’s Eye and provincial Sea-Urchin.

As with the prior version, this is available as a PDF file or a series of images which you may click for a higher-resolution view.

Royalty of the Society

Awards, Grants and Patents of Arms 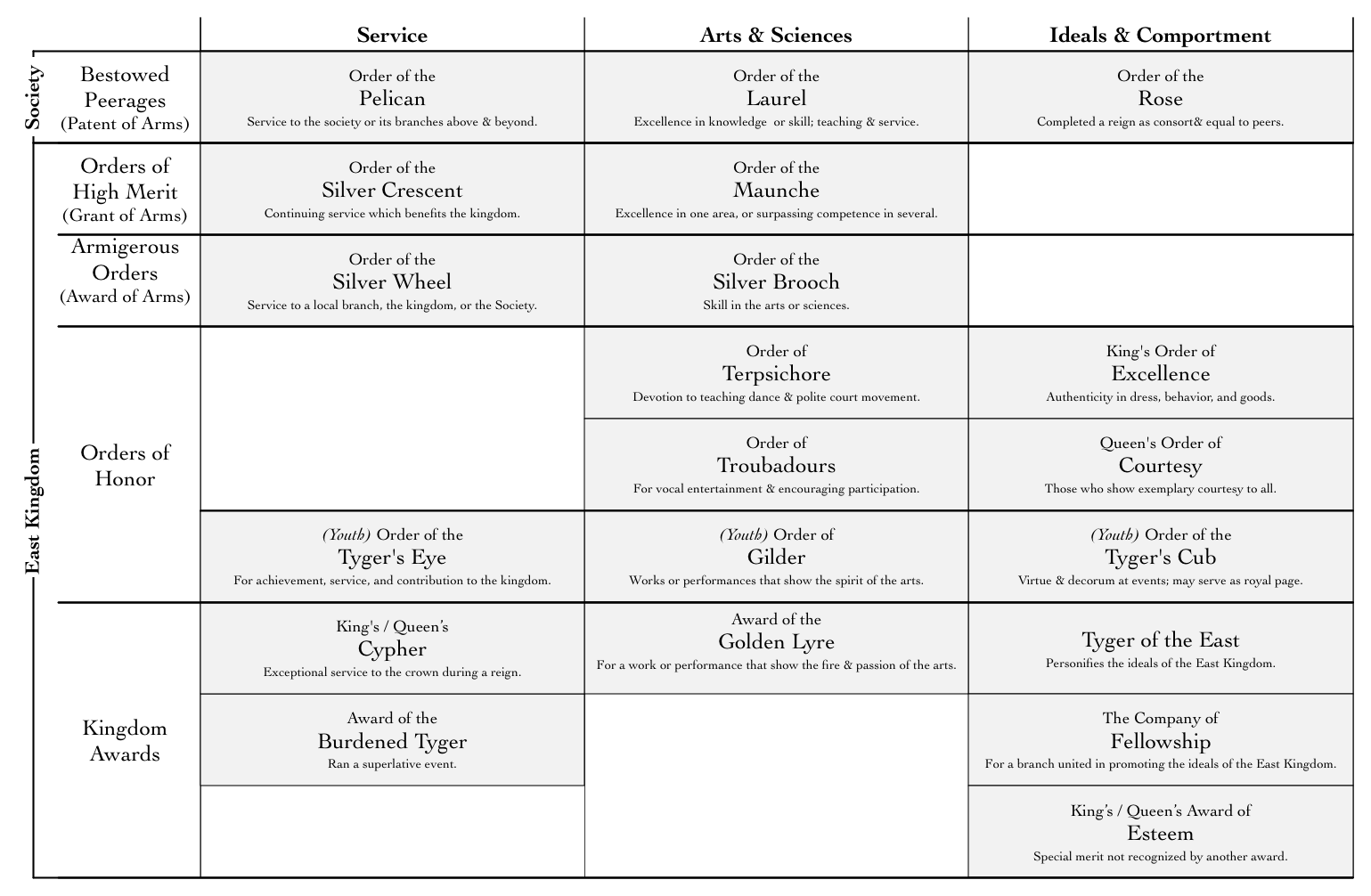 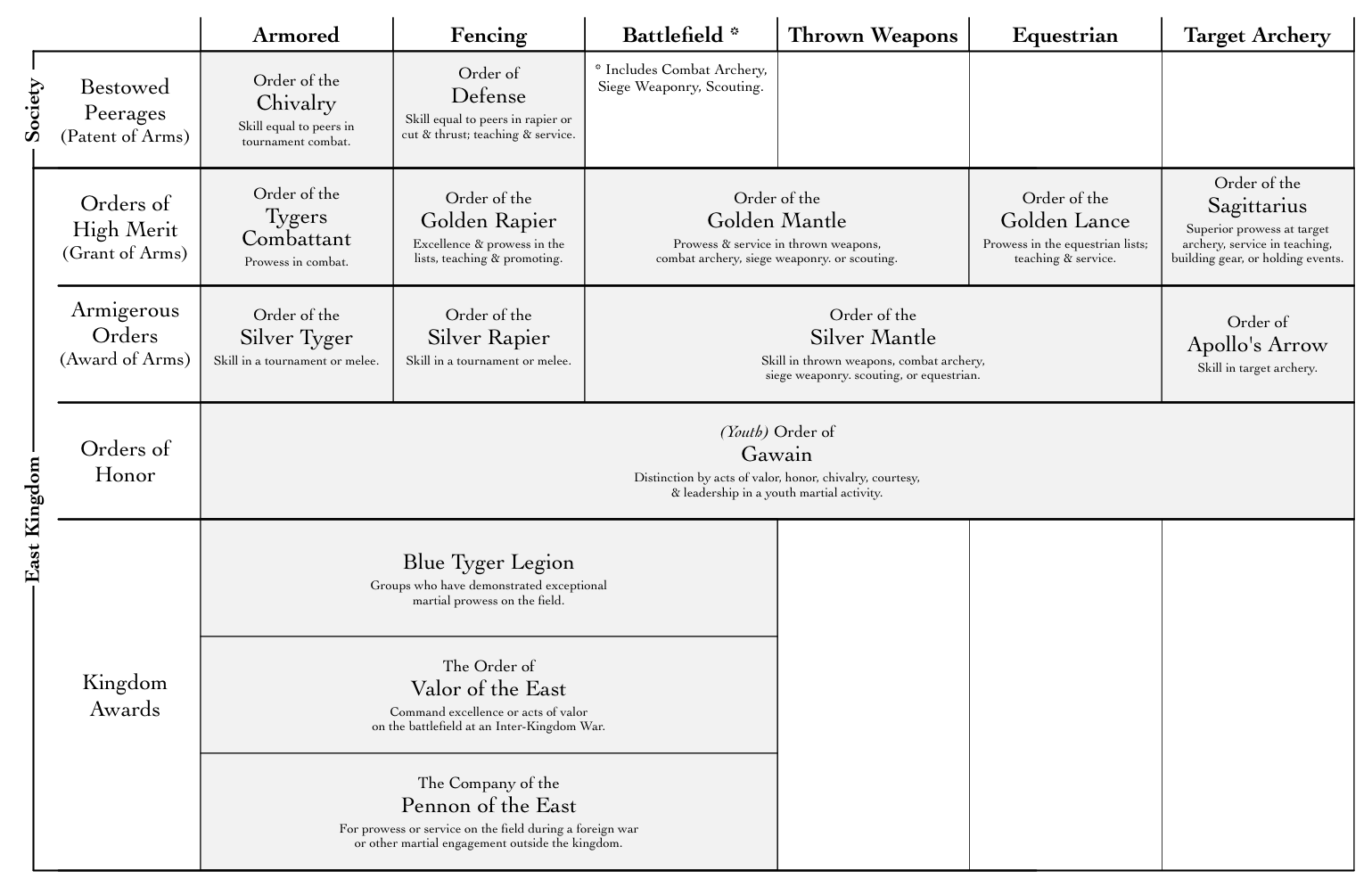