The Stemmario Trivulziano is a fifteenth-century Italian armorial featuring the Milan’s ruling family the Visconti and many of their allies and neighbors, believed to be painted by Gian Antonio da Tradate somewhere around around 1465. It takes its name from its owner, Gian Giacomo Trivulzio, an independent mercenary commander, who might have made good use of it in identifying military units on the battlefields of Italy.

[Update, Feb 2021:] I’ve uploaded the full-quality image files to Archive.org, so you can now use their viewer, and download the individual images or a combined PDF file from the content item page. 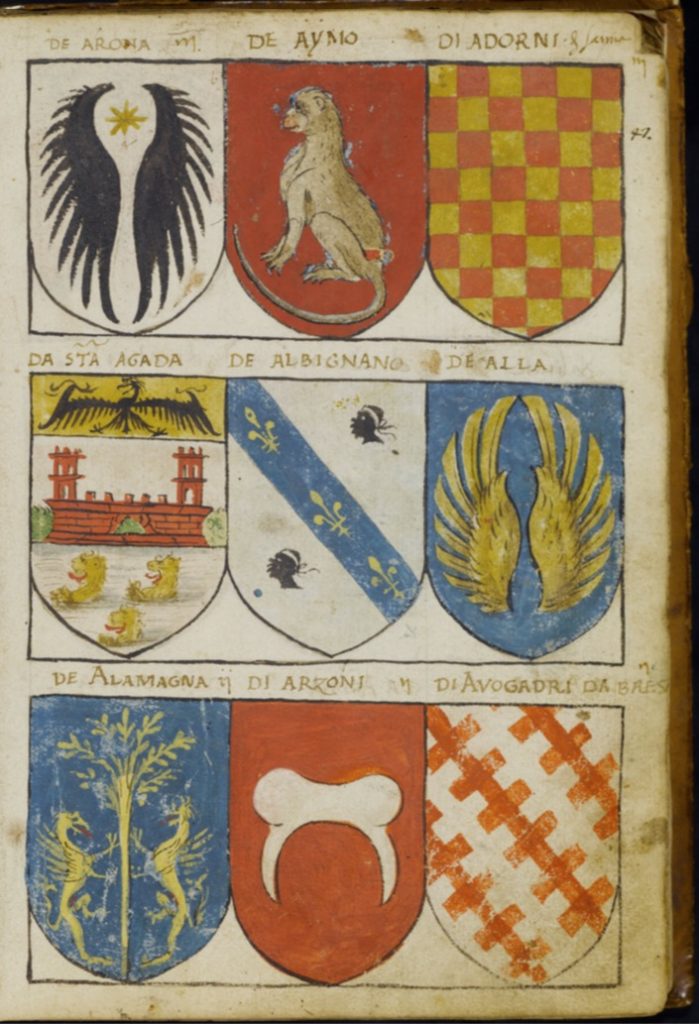