An achievement is an integrated display of a person’s armory and honors, including in various combinations, a device, helm, coronet, crest, supporters, motto, order badges, and other elements that differed between individuals and in various times and places.

I don’t have much experience with illustrating armorial achievements, and it’s not something for which we have much established tradition here in the East Kingdom of the SCA, but I’m interested in exploring this area further.

As an exercise, I put together a draft achievement for my son Alax, showing his arms — sable, an escutcheon within an orle Or — on a Roman-style scutum shield, supported by a pair of sable rhinos (reflecting his badge, a rhinoceros sable), below a standard displaying the blue tyger populace badge of the East, the green garter of the East’s youth combat honor, the Order of Gawain, and Østgarðr’s youth honor, the Sea-Urchin. 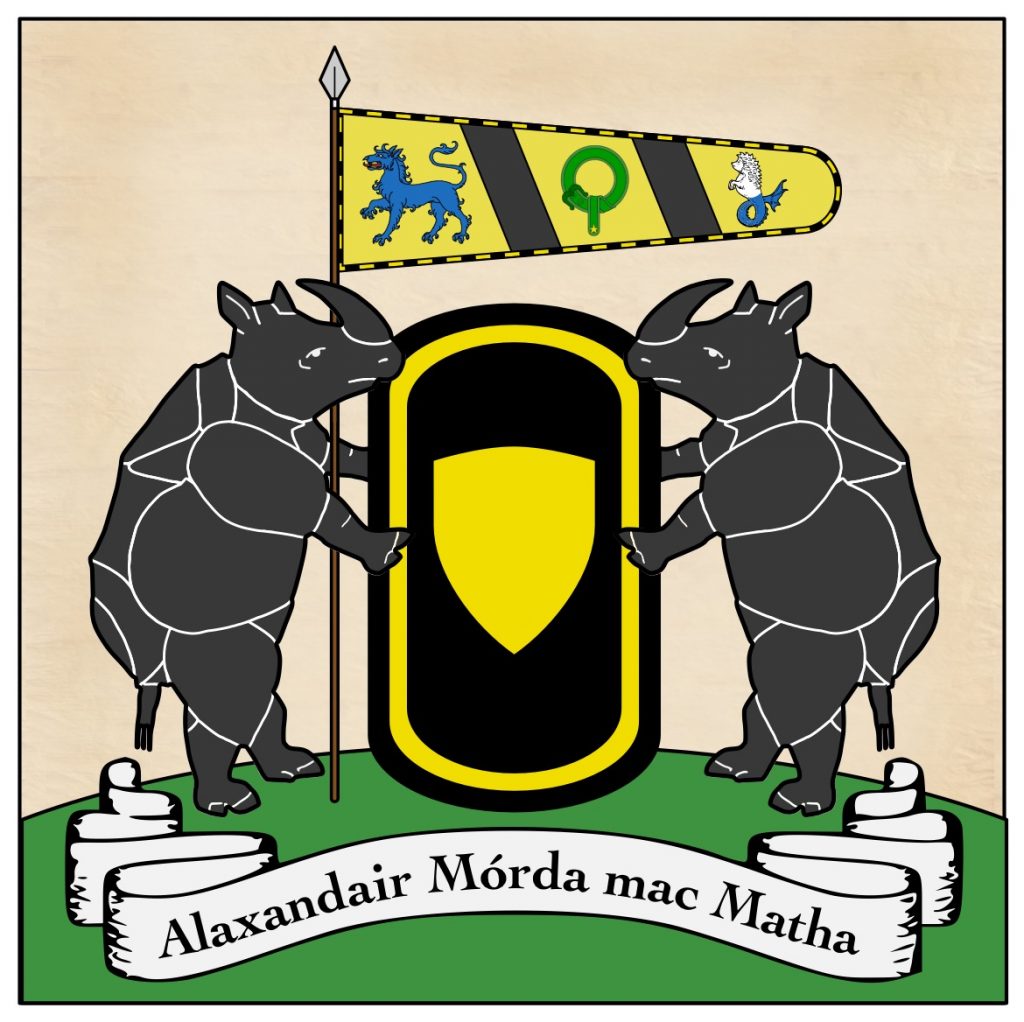