One of the first questions commonly asked by newcomers to the world of armory is “what colors can I use?”

This seemingly-simple question has multiple answers, depending on how deeply you want to dig in, and it does involve learning some basic heraldic jargon, but the it’s worth mastering these foundations.

Most armory uses only the seven plain tinctures shown here. The first five were common in period; vert was less so, and purpure was rare.

The exact hue or shade you use is not important, as long as it is unambiguous, but period armory generally used bold colors rather than soft pastels.

For purposes of contrast, tinctures are divided into light “metals” and dark “colors.”

Generally speaking, you can not place a light charge on a light background, or a dark charge on a dark background; this requirement is known as the “rule of tincture.”

(Items that are evenly split between light and dark are considered neutral, and are not subject to that rule.)

As a result, nearly all armory contains at least one metal and at least one color, allowing for the high-contrast pairings shown below.

In addition to the basic tinctures, there are also some patterns known as furs and treatments, which are also treated the same way as the plain tictures.

The furs include a few simple patterns which were considered to be tinctures in period; any other such patterns are categorized as semys or divisions.

Only a few charges ever use the unusual tinctures in the last row: light and dark human skin tones, gray stonework, brown wood, some brown beasts, pink flamingoes, gray porpoises, orange oranges, and a few other exceptions. Not all natural colorings are registrable; you can’t have orange carrots.

The ermine furs include any plain tincture covered with a scattering of ermine spots of any contrasting simple plain tincture.  The combinations which were frequently used in period have special names. Any identifiable period style of ermine spot may be used. 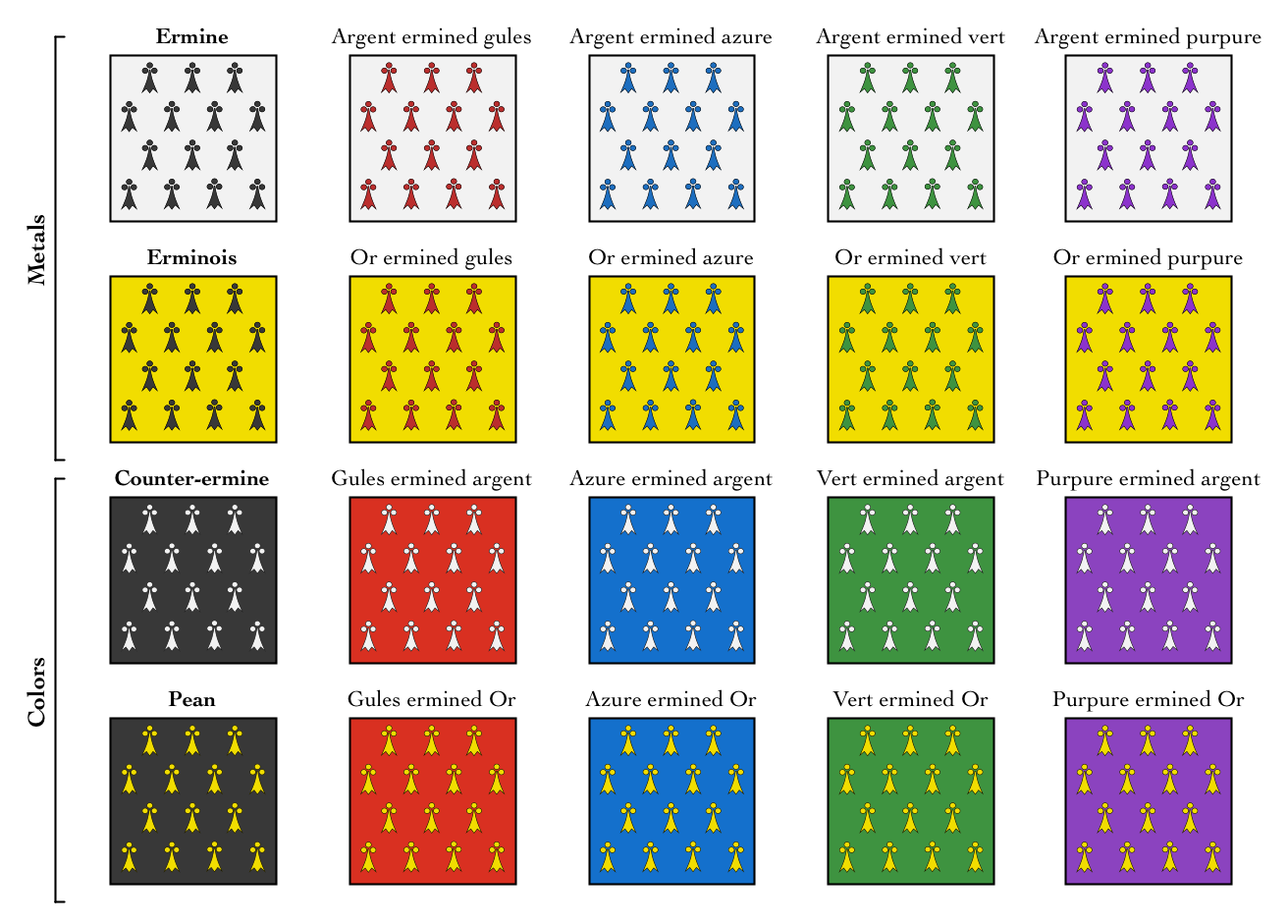 There are many forms of neutral fur. Each defaults to argent and azure, but may be drawn with any contrasting tinctures if explicitly blazoned.  When considering conflics, the tinctures of each side are considered, but variations in the pattern do not count for difference.

Vair and the related neutral furs most often appear tinctured argent and azure, which is the default when not specifically blazoned, but named combinations of two contrasting plain tinctures are found in period armory, as well as a few cases with three or four tinctures. 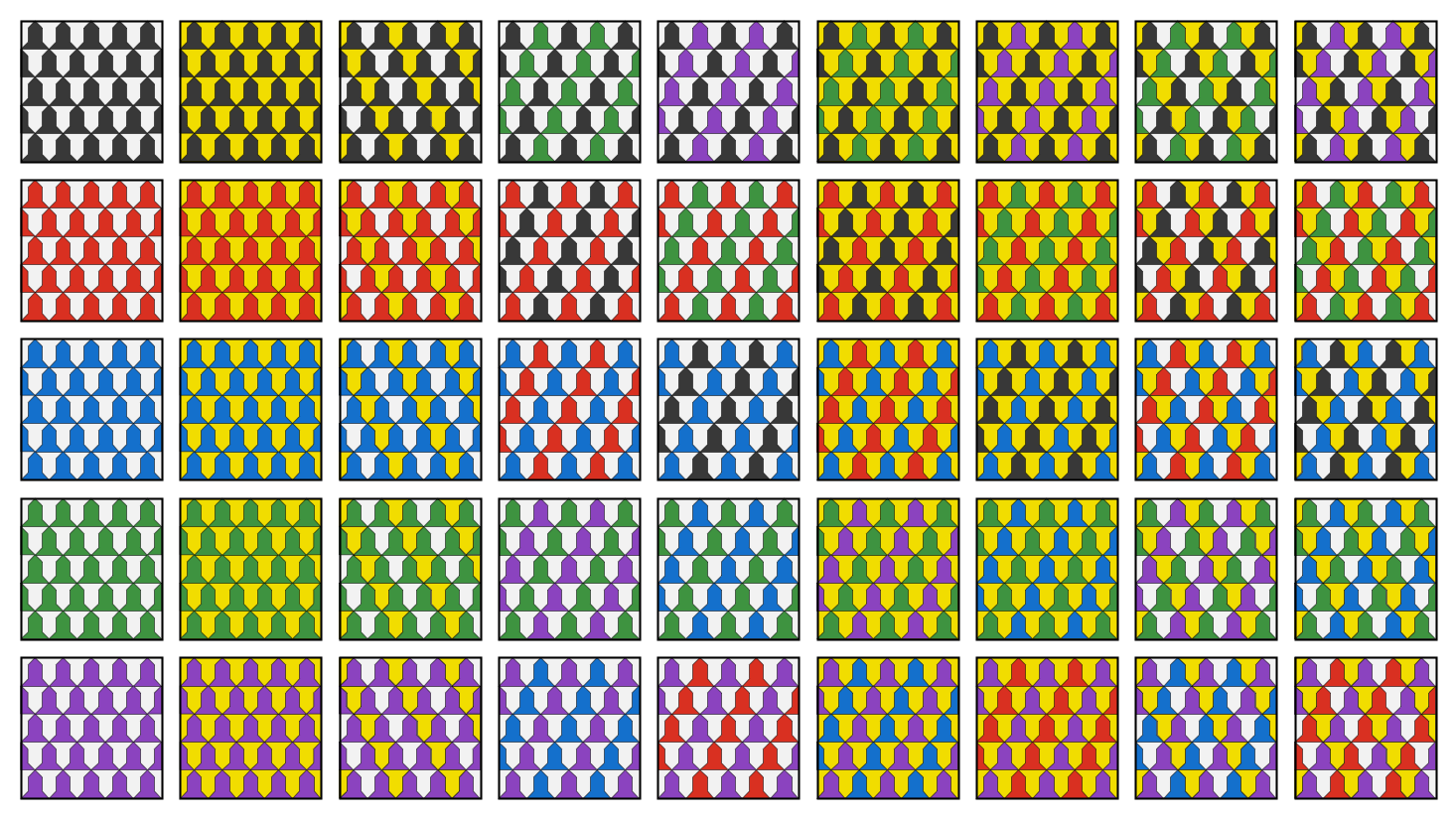 Treatments overlay a base tincture with lines in a contrasting tincture. Often called “field treatments”, they can also be applied to charges. 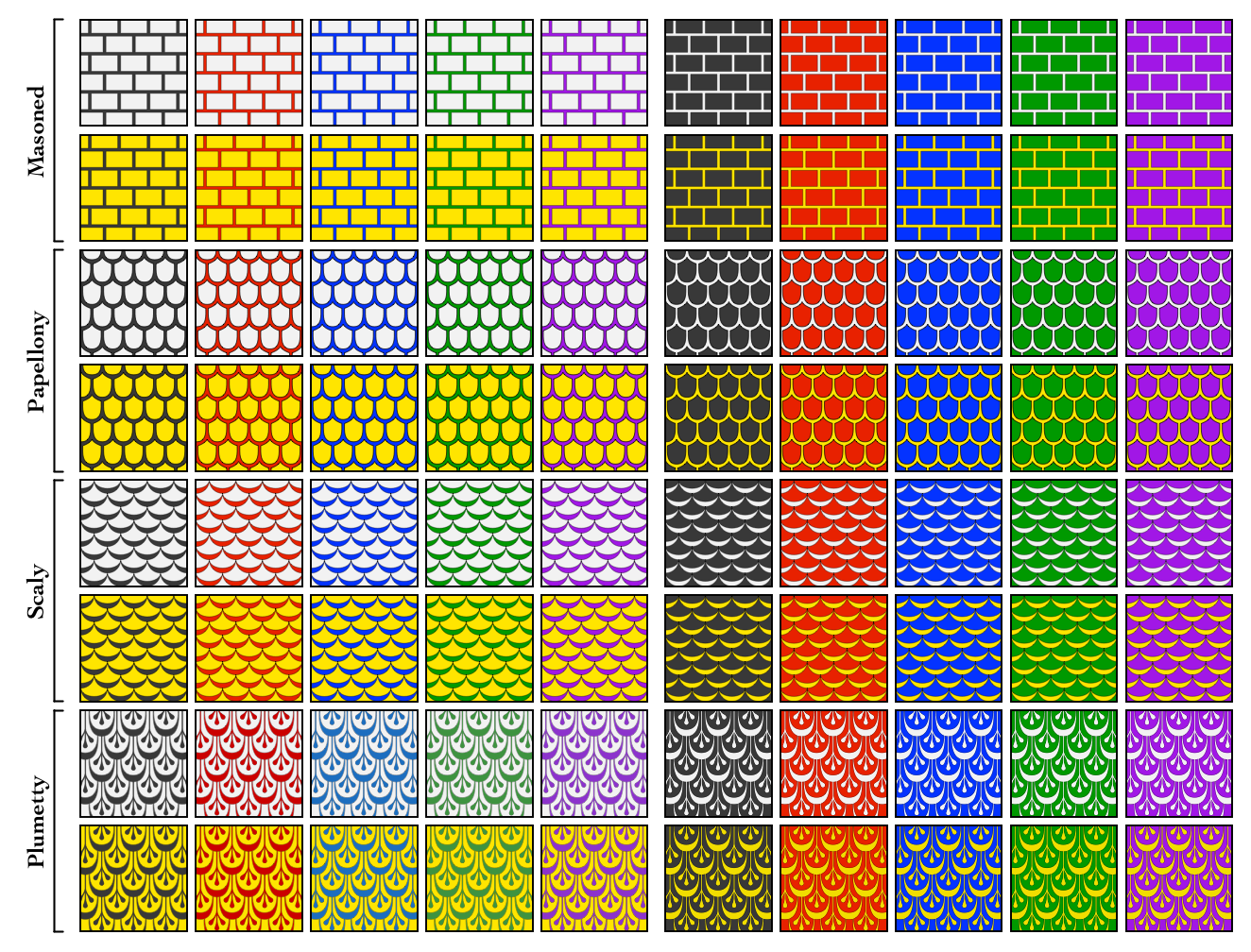 [Update Mar 2021: corrected a sentence in the Contrast section to fix an error that snuck in during copy-editing.]

2 thoughts on “An Introduction to the Tinctures”