During the month of February, the College of Arms organized a online Virtual Heralds Point during which people could sign up for consultation with heralds who would guide them through the submission process for names and armory.

Below is a collage of armory I worked on as part of this event. (The rowan berries in the bottom left are a badge I did for myself during VHP but submitted directly.)

I wound up with a string of relatively easy assignments, with submitters who already had their details worked out, and either wanted things that were in the clip-art library or had drawn their own art, so there were a lot of consults that took just a couple of minutes from start to end and I only had to draw one new element from scratch.

For some reason I ended up handling a bunch of fieldless badges, shown below on a gray background, which was a nice change from the typical series of devices. 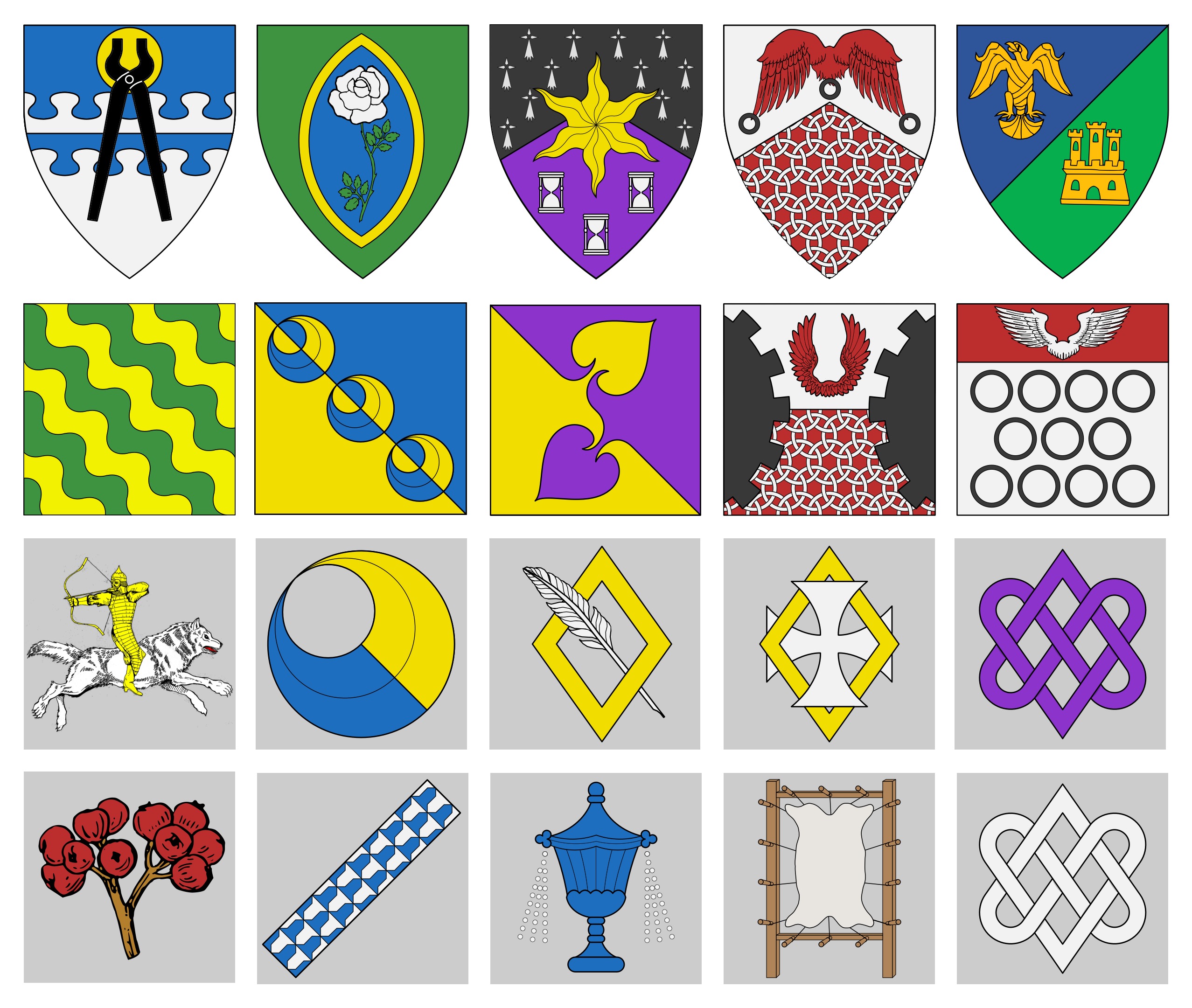