Last year I wrote up a summary of Morsulus’s process for applying updates from the monthly LoARs to the Society’s O&A database, and then more recently I put together a high-level visual overview of the context in which the Morsulus herald does his work.

More recently, I thought it might be useful to use a similar visual style to summarize the monthly update process, as a way of giving people a graphical roadmap to the data flow before they dive into the step-by-step technical nitty-gritty. 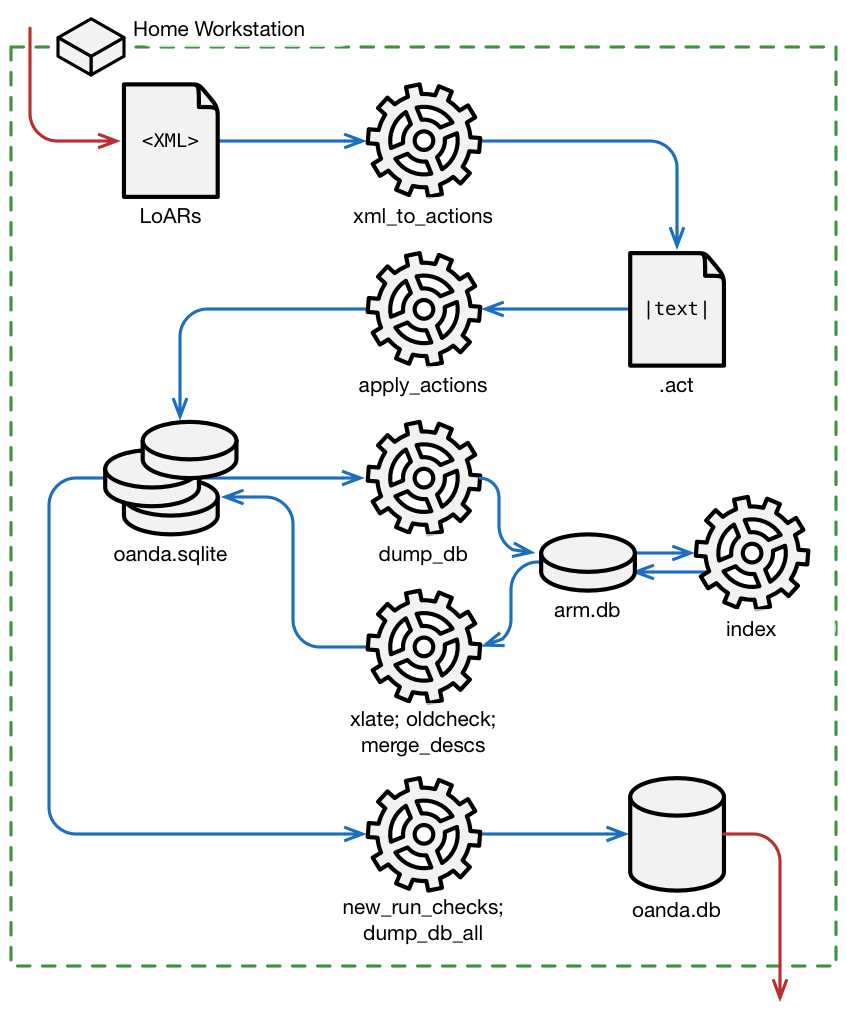 All of the information flows outlined above are part of the single step labeled “Morsulus-Tools” on the global roadmap diagram.

This entire process is actually repeated three times for each month’s LoAR, corresponding to the the proof-pass-1, proof-pass-2, and final release cycles. In addition to allowing other senior heralds to review and provide feedback on decisions, the proof-pass rounds also provide an opportunity for Morsulus to put the LoAR through a dry run and to report any small issues that come up for correction in the later cycles.

In each of those cycles, the following steps unfold:

1 thought on “A Roadmap to Morsulus’s Monthly Updates”