For the first eight or nine years of Society activity on the East Coast, the Kings and Queens of the East lived within driving distance of New York City, and the Crown Province of Østgarðr was governed directly by the royalty.

However, in the winter of AS X the Crown Tourney was won by Sir Alaric of the Southern Region (now Atlantia) and this situation became untenable — in the spring, rule would pass to a king who lived too far away to visit the city regularly.

To prepare for this situation, at Twelfth Night in January 1976, King Aonghais (yes, that Aonghais)  named Count Vardak Mirceavitch Basarabov of Iloi (yes, the only Court Count) to be a royal representative, tasked with overseeing the province on behalf of the Crown.

Like the status of Østgarðr itself (yes, the only Crown Province), this was an oddity for which there was no provision in the Society’s rulebook, and it took a while to work out the associated formalities.

During this period, the East Kingdom College of Heralds considered a proposal from Vardak for a badge to be associated with the position, the title of which was still uncertain:

From the Province of Østgardr: Vardak submits his badge for the Vicar-General (other suggestions thrown out are “Prefect”, “Governor”.) Azure, in saltire a quill and a baton of office, both argent, tipped or.
— Letter to the Eastern College of Heralds, June 5, 1976

It does not appear that this badge was ever submitted to the Laurel Sovereign of Arms for registration, and Vardak stepped down within the year — perhaps because the Crown returned to the local region and his services were no longer needed? — so this remains entirely an odd bit of historical trivia rather than an active element of our local culture.

Regardless, for your amusement, I present the proposed badge of the “Vicar General” of Østgarðr: 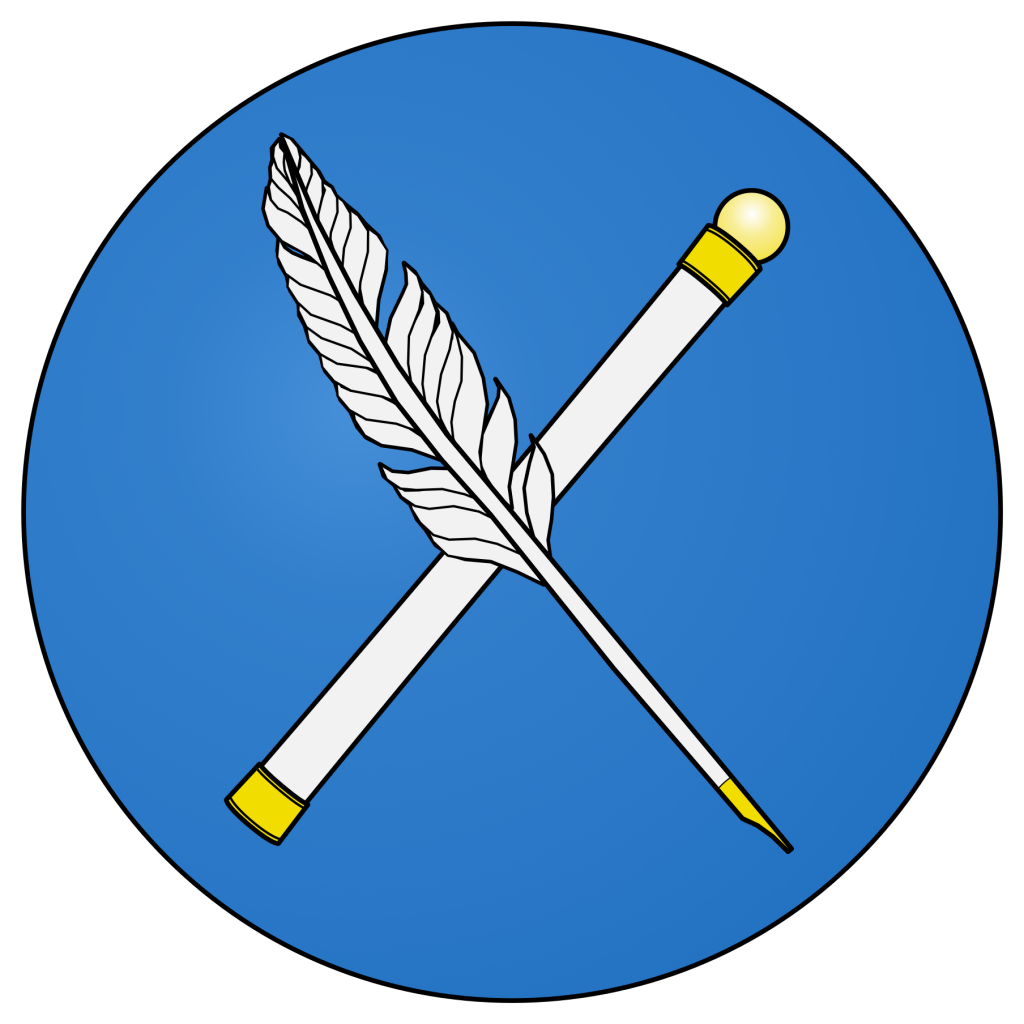 The emblazon above is my speculative interpretation; no images were associated with the internal letter which was circulated by Alfgar the Sententious for discussion amongst the heralds of the East, which I recently discovered in the Laurel Archives: 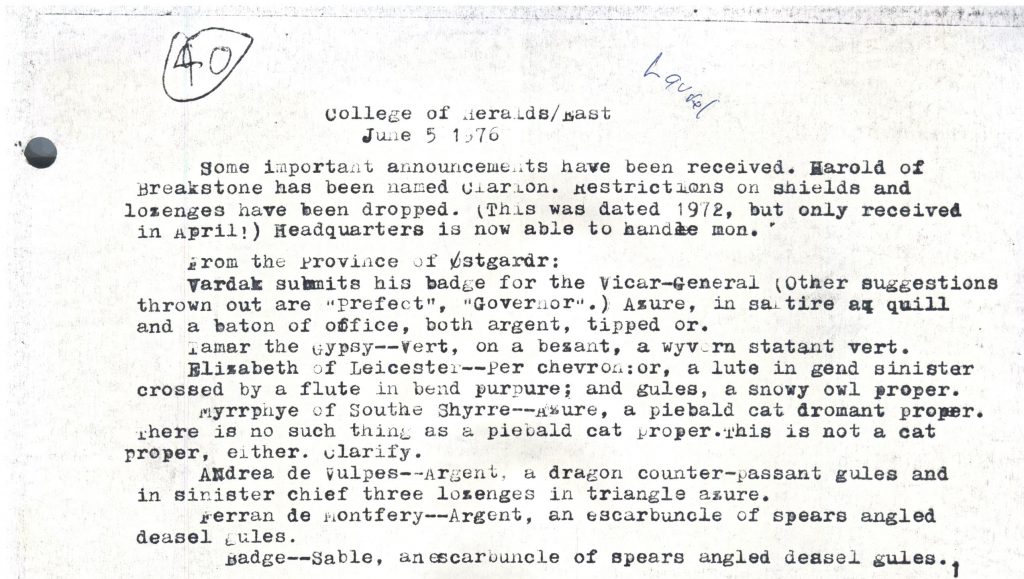 If you’re interested, you can find the rest of the letter in the Laurel Archives (OSCAR privileges required), although I’ll warn you that Alfgar’s typewritten letters can at times be challenging to read.