I recently stumbled across this gem in the Archive of Laurel Letters:

East, People’s Democratic Kingdom of the. Name and device. Purpure, in saltire a hammer and sickle within a laurel wreath, in chief a crown Or.

Submitted as People’s Democratic Republic of the East, there is no such standard (or recognized alternate) designator as “republic”. We have therefore substituted the standard designator with the permission of the Brigant-ya Unprincipled Commissar of Arms. The Letter of Intent had the crown in chief blazoned as a “commoner’s crown”. However, the only documentation for such a crown was a Steeleye Span album cover, which is post-period. (While records of a number of types exist in period, record covers are a relatively recent innovation.) Additionally, the semy of people on the crown was unrecognizable. We have reblazoned it simply as a crown, and they may diaper it as they wish.

Tragically, the submitted emblazon has been lost in the mists of time and thus we can only guess at its original grandeur and semiotic confusion… 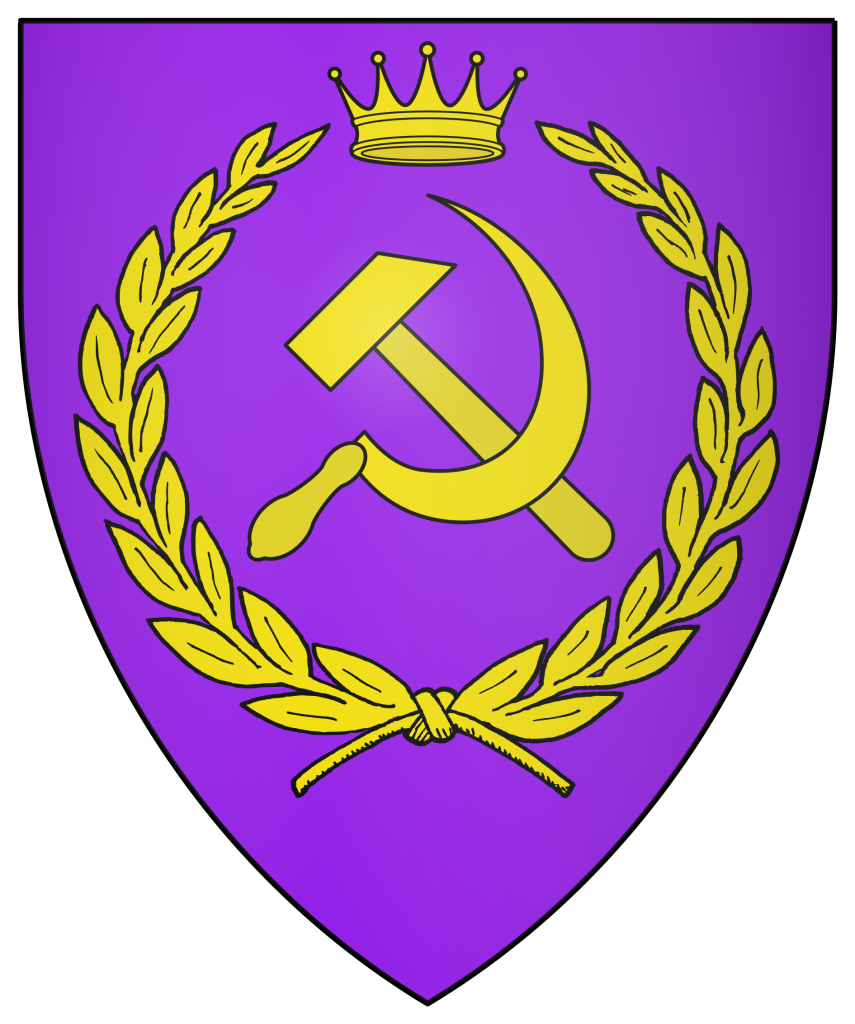