Every year on the first of April, the heralds of the Society for Creative Anachronism post mock submissions of historical names and armory. You can browse an archive of these letters via the College of Heralds Imaginary.

We generally attempt to adhere to the conventions expected for normal letters of intent, including source citations and armorial rules, but our standards for documentation and style are somewhat relaxed for this humorous purpose.

Below are entries I came up with this year; some of them appeared on the Eastern and Imaginary letters. You’ll notice that a majority of them reflect the East’s theme for the year: desserts. END_OF_DOCUMENT_TOKEN_TO_BE_REPLACED

He decided it was time to register a device, and asked for “an angry, fighting, pissed off peacock, his tail plumes out” on a red and black field. END_OF_DOCUMENT_TOKEN_TO_BE_REPLACED

In comparison to the simplicity of his chosen armory, researching his chosen name was significantly more difficult, because documentary sources for Germanic peoples in the period immediately following the collapse of the Roman Empire are somewhat limited, and it is not a culture with which I have much familiarity — an interesting challenge, and a good learning opportunity. END_OF_DOCUMENT_TOKEN_TO_BE_REPLACED 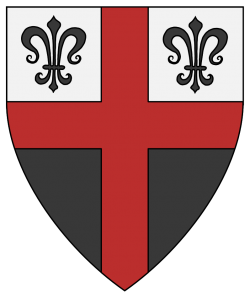 English given names may be borrowed into sixteenth-century German names under the terms of the February 2015 cover letter. END_OF_DOCUMENT_TOKEN_TO_BE_REPLACED

Following up on my recent post with the most common first names in the Society’s armorial, here’s a list of the hundred most common last names registered to date.

It’s no surprise that last names are more diverse than first names, so this round up of the most popular bynames in the Society doesn’t have  anything that rises to the level of Bill, Bob, Mike, and Tom found in my recent post.

Still, there are clearly some entries here that are relatively common, and it’s an interesting mix of types, including locative, patronymic, descriptive, and occupational bynames. END_OF_DOCUMENT_TOKEN_TO_BE_REPLACED

With over fifty thousand personal names registered in the Society’s armorial database, it comes as no surprise that a number of name elements are reused numerous times, while others are rare or unique.

I recently looked at the frequency of name elements by their position in a name, which allowed me to pull together the below list of the one hundred most common first names. END_OF_DOCUMENT_TOKEN_TO_BE_REPLACED

As the herald of the Crown Province of Østgarðr, I am well aware that it is the only branch in the Society to bear that particular designator — a result of its distinctive history as the home territory of the earliest royalty of the East Kingdom — and I became curious as to what other unusual branch designators were to be found in the catacombs of the Society’s armorial database.

A bit of data extraction produced the following table: END_OF_DOCUMENT_TOKEN_TO_BE_REPLACED

The SCA’s College of Arms processes around three thousand name and armory submissions per year, attempting to ensure that each is properly structured, historically plausible, and unique within the society. A distributed system of commentary allows the burden of this process to be shared among multiple heralds and minimizes the number of things that fall through the cracks.

By commenting on Letters of Intent, first at the kingdom level and then at the Society level, these other heralds help to catch problems, suggest additional resources, and highlight issues that need to be considered during the monthly decision meetings in which the senior-most heralds make the final determinations as to whether submissions will be accepted or returned. END_OF_DOCUMENT_TOKEN_TO_BE_REPLACED 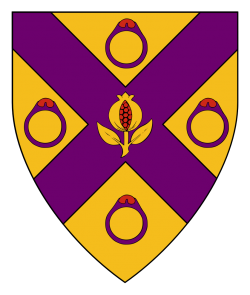